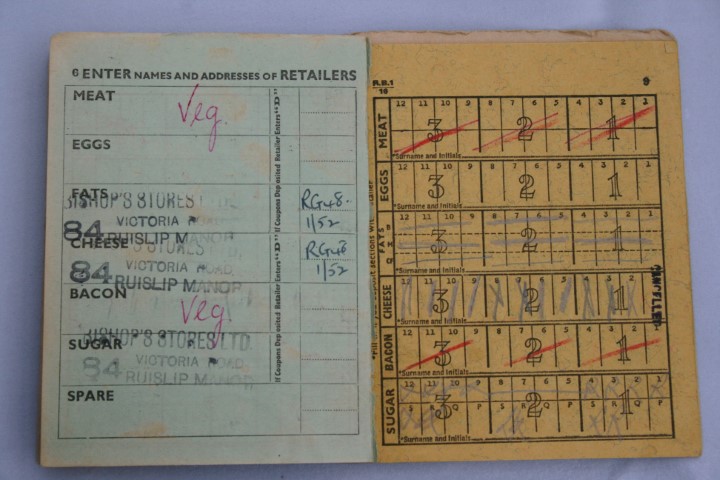 The Minutes of a meeting of the Leamington and Warwick Soroptimist Club on 14th January 1940, recorded that the Mayoress of Leamington referred to the need of a canteen for the soldiers waiting for buses in the evening: on the motion of Miss Anderson, seconded by Miss Bickett, it was unanimously decided that the  Soroptimist Club should undertake this work. In fact, the canteen opened the very next month on the 13th February.

At this time there were two railway stations in Leamington which were side by side. The Great Western Railway (GWR) station on the main London (Paddington) to Birmingham (Snow Hill) line had only just been fully rebuilt in Art Deco style in 1938, and this station is still in use today.

Immediately to the north of the GWR station was the London and North Western Railway (LNWR) Avenue Road Station. This station served traffic north to Coventry and Nuneaton, Northeast to Rugby and east to Daventry and Weedon (to join the west coast Mainline to London (Euston)).  There were exchange lines to enable goods traffic to be transferred between the two systems. After the Beeching cuts of the 1960s, virtually all traces of the LNWR Avenue Road station were removed, and the line to Coventry redirected to the GWR station. The lines to Rugby and Daventry were closed.

With the outbreak of the Second World War, the overall direction of the railways was taken over by the government, and many changes were rapidly introduced. Obviously, priority was given the military and freight traffic. Passenger services were cut, all buffet and dining services were suspended and express services all but eliminated. For travellers, rail was the only option since it depended mainly on indigenous coal supplies, whereas road transport depended on severely limited supplies of imported oil. However rail travel was slow, uncomfortable and as the bombing increased, very unpredictable. Secondary rail hubs like Leamington became increasingly important as it enabled major rail hubs like Birmingham, Coventry and Rugby, to be bypassed by much of the traffic, and allowed essential military traffic to be maintained.

By June 1940, Miss Bickett reported to the Club on the tremendous work that was being done at the canteen with the members of the British Expeditionary Forces (BEF) and said she had already received a number of generous donations to enable the men to be provided with meals free of charge. The spring and early summer of 1940 saw the BEF being sent to France to try and bolster the defences against the German attack and shortly after, their return following the withdrawal from Dunkirk. The dispersal of the troops rippled across the country including Leamington.   During the War, there were an increasing number of military camps and airfields around Leamington, so there were not only the transit passengers at Leamington awaiting connecting train services but also military personnel awaiting buses or trucks to take them to their local bases on returning from leave.

By April 1941 it was reported that the number of troops served in the canteen was in the region of 42000, and the club was affiliated to the Women’s Voluntary Service to ensure a continued existence as regards rations. Donations of tea had been received from the Washington Club so that “you and your girls would enjoy a cheery cup of tea with American Soroptimists.”

By March 1942 a great increase in men served during the year at the canteen was noted, in spite of the drastic restrictions on the sale of rationed food during the day. The status of a Railway Canteen was reached which meant that cooked meals could be served on the production of a railway warrant. This was at the height of the u-boat campaign in the North Atlantic, when the sinking of the ships bring food and supplies reach a peak and the very ability to continue the war was in doubt.

Alas, there is no information as to what happened about the Railway Canteen after 1942.

This website uses cookies to improve your experience while you navigate through the website. Out of these, the cookies that are categorized as necessary are stored on your browser as they are essential for the working of basic functionalities of the website. We also use third-party cookies that help us analyze and understand how you use this website. These cookies will be stored in your browser only with your consent. You also have the option to opt-out of these cookies. But opting out of some of these cookies may affect your browsing experience.
Necessary Always Enabled
Necessary cookies are absolutely essential for the website to function properly. This category only includes cookies that ensures basic functionalities and security features of the website. These cookies do not store any personal information.
Non-necessary
Any cookies that may not be particularly necessary for the website to function and is used specifically to collect user personal data via analytics, ads, other embedded contents are termed as non-necessary cookies. It is mandatory to procure user consent prior to running these cookies on your website.
SAVE & ACCEPT
x