Jolyn’s interest in books began at age 6 when she was so impressed by a story ‘John’s Red Boots’ that she did a lavish illustration which was hung on the classroom wall.  Carried away by this success she did a drawing of the TV puppet Muffin the Mule and still has the letter of commendation from his companion, Annette Mills.  Jolyn went on to cement her relationship with books by reading under the bedclothes at night with a torch, it didn’t do much for her eyesight but the love of books has lasted. Stories and poems flowed and she contributed to school and youth club magazines and usually ended up editing the magazines too. Having always wanted to be a writer she diverted when a shockingly bad solicitor mishandled an inheritance due to her father and she decided at fourteen that she could do a much better job than him if she became a lawyer. 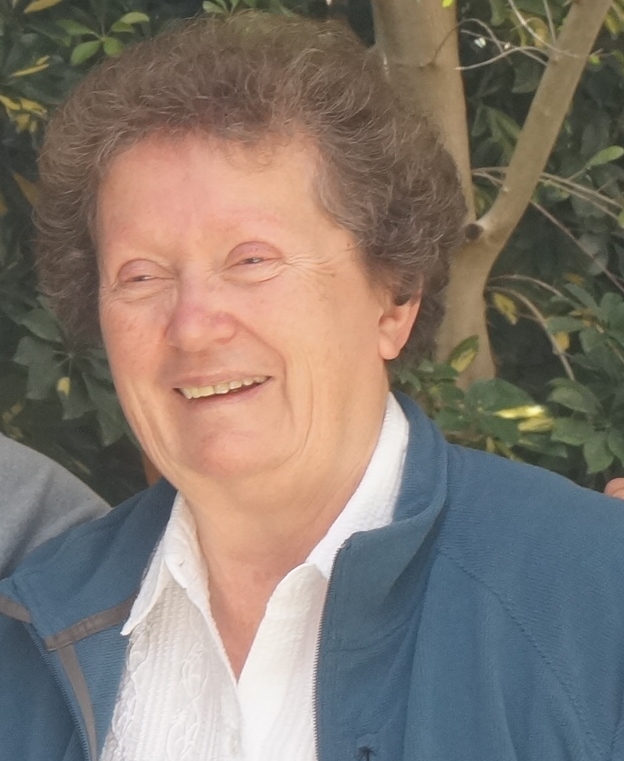 There were very few women lawyers at that time and whilst seeking a place to train as a lawyer she encountered one elderly solicitor, dressed in an unfashionable wing collar, who told her that it was an unsuitable job for a woman. That spurred her on to overcome all the obstacles strewn in her way and she trained in London and was finally admitted as a solicitor. Her training included an in-depth immersion in divorce, rape and murder cases along with light relief in the form of property conveyancing. On qualification she decided to abandon all that and specialise in commercial law.

This involved a move to Birmingham after she applied for a job with a finance company subsidiary of a major bank. They advertised for a lawyer saying that ‘a good cricketer would be preferred.’ Not understanding the underlying message she applied since she had indeed played cricket for her school. She got the job not for her cricketing ability but because she stood out from the other applicants because her hobby was flying.  She was the first woman executive in the company but was barred from using the executive dining room for lunch. Finance agreements and chasing debtors (the company specialised in making loans to borrowers who had welded the front end of one car to the back end of another) turned out to be lucrative but boring. Learning to fly at busy Birmingham airport was certainly anything but boring.

After her marriage she moved to a large automotive company where again she was the first female executive in a company employing 10,000. This time she was permitted to use the executive dining room for lunch, so long as she sat by herself. She had been hired primarily to go round European docks settling disputes about marine cargo hatch covers, her employers having bought a company that made spectacularly bad hatch covers which wouldn’t close properly and let in both the rain and sea. The work was always interesting and she stayed with the company for a decade rising through the ranks. When the British automotive industry went into decline she moved to a Birmingham firm of solicitors becoming one of the first woman partners in the country. Wherever she went she edited company newsletters or, as a side-line, local theatre magazines, and it usually involved writing all the material herself so her portable typewriter, in its smart blue case always went with her. She also contributed articles to the legal press.

Jolyn was appointed a judge at a time when the policy was to appoint lawyers to a jurisdiction they knew nothing about so that they would have a clean start in a new field of law and bring no prejudices with them. The system worked well.  Jolyn writes under a pseudonym because that is what judges do.

Jolyn’s first novel ‘An Accidental Spy’ was triggered by an incident on a walking holiday in Andalucía and is set in the 1930s in the lead up to the Spanish Civil War. She was a quarterfinalist in the Amazon Break Through Novel Award and on publication the book went straight into the Amazon bestseller list.

Jolyn is British and lives in England in a small town not far from Stratford upon Avon.

Her next novel is nearing completion but in the meantime she is producing a series of travel books reflecting her extensive travels with her husband and based on her popular travel blog. Jolyn’s cats strongly disapprove of anything which takes her away from home and are adept at making their disapproval known. They are thankfully unaware of her future travel plans.

This website uses cookies to improve your experience while you navigate through the website. Out of these, the cookies that are categorized as necessary are stored on your browser as they are essential for the working of basic functionalities of the website. We also use third-party cookies that help us analyze and understand how you use this website. These cookies will be stored in your browser only with your consent. You also have the option to opt-out of these cookies. But opting out of some of these cookies may affect your browsing experience.
Necessary Always Enabled
Necessary cookies are absolutely essential for the website to function properly. This category only includes cookies that ensures basic functionalities and security features of the website. These cookies do not store any personal information.
Non-necessary
Any cookies that may not be particularly necessary for the website to function and is used specifically to collect user personal data via analytics, ads, other embedded contents are termed as non-necessary cookies. It is mandatory to procure user consent prior to running these cookies on your website.
SAVE & ACCEPT
x